EAI Technology's 7th Anniversary to Create the Future Together

On June 19th, it ushered in the seventh birthday of Shenzhen EAI Technology Co., Ltd. (EAI Technology). Everyone at EAI distributed in Shenzhen, Dongguan, Wuhan and other places organized anniversary themed activities in various places, together with the network, and wished the beautiful new journey of EAI technology. 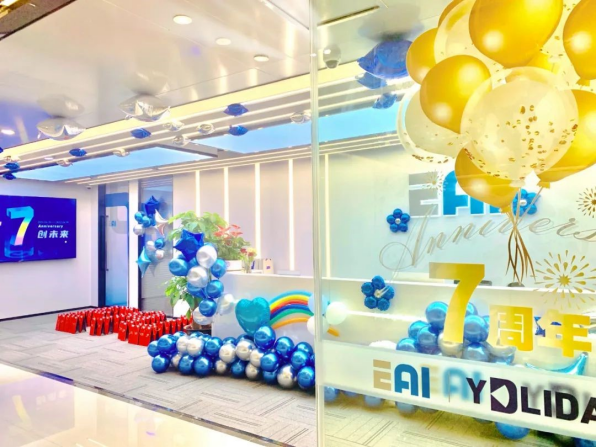 For seven years, the E road has been concentric and forged ahead. Seven years, E moving forward, the future can be expected.

As a leading provider of smart sensors and solutions in China, EAI Technology has transformed from a technology R&D and innovative start-up company into a national high-tech enterprise and Guangdong SPRI Enterprise that can be mass-produced and widely used in the market after seven years of dedicated research and exploration.

Every sincere message is the expectation and blessing for the company

Over the past seven years, EAI Technology has insisted on independent research and development of core technologies, and broke through the trend with "chip self-developed + algorithm optimization"; While strengthening the construction of the talent team, we successively introduced a number of core executives to enhance the combat effectiveness of the management team.After 7 years of development, EAI Technology has gradually formed its own operation mode, and gathered talents with consistent values and concepts. During this process, Ying He, COO of EAI Technology, and Jie Long , director of the 2025 laboratory, were elected as the company's directors. In the future, EAI Technology will continue to adhere to the development concept of "talent-led, innovation-driven", gather human resources, create product technical barriers, expand market application areas, and empower the development of the industry.

In the anniversary speech, the founder, chairman and general manager of EAI Technology, Frankin Wang expressed his heartfelt thanks for the support and trust given to EAI Technology from all walks of life along the way, as well as all of the EAI people. He said that over the past seven years, EAI Technology has witnessed the development of the industry, and has also pioneered and innovated with upstream and downstream partners in the industry chain, continuously injecting power into the innovation and evolution of the artificial intelligence industry. In the next seven years, we hope that through the concerted efforts of all EAI people, we will be able to achieve better results, and the future can be expected. 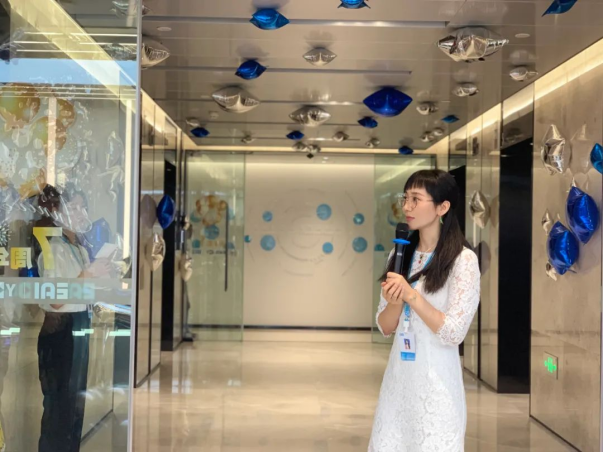 In this anniversary, a double blessing has descended upon the house, a birthday party was held for the EAI friends who had their birthdays in the second quarter. Mr. He sent warm birthday gifts and blessings to the longevity god. Furthermore, She mentioned that EAI Technology still has the confidence and ability to develop steadily in the multiple challenges such as the epidemic and the international situation. 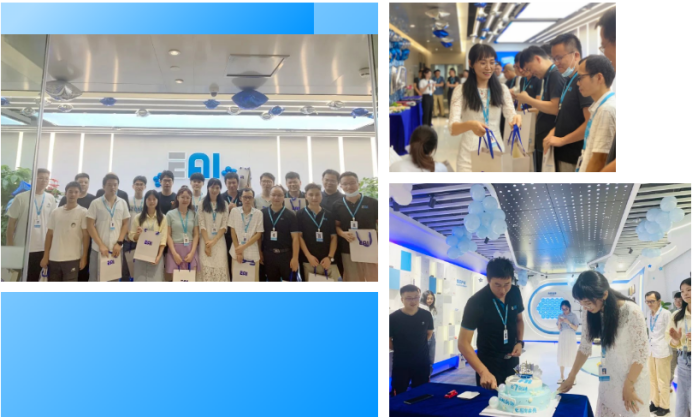 A double blessing has descended upon the house 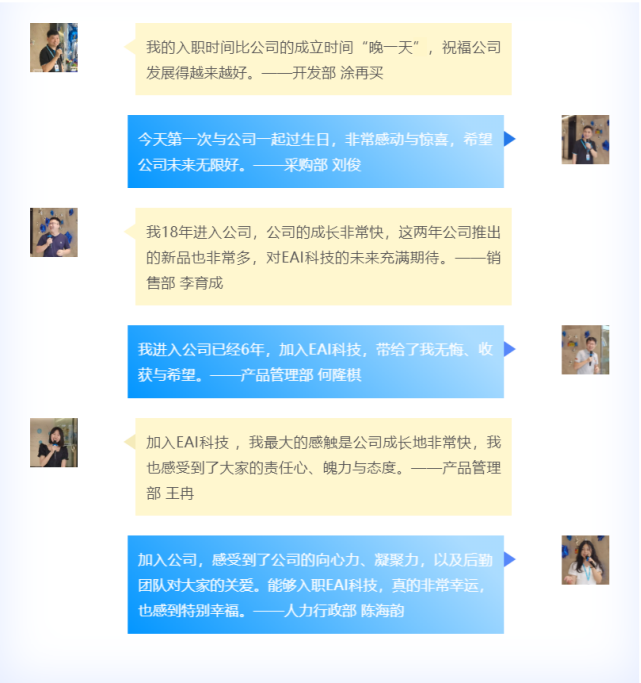 In addition to the birthday party, there are also interesting interactive games for the anniversary, such as "As dynamic as a tiger", "Side Order of Life Season" and "Bow Greetings". In the laughter of everyone, the atmosphere of this event was pushed to the top, and the distance between each other was also shortened. 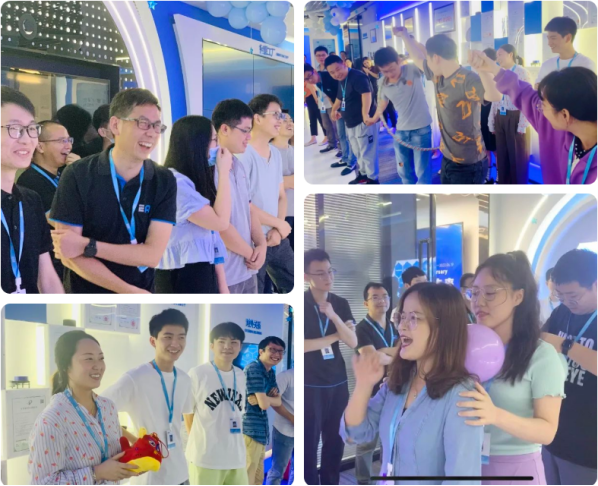 The scene was full of laughter

This anniversary celebration was arranged by EAI people, and every carefully arranged detail entrusted everyone's expectations and blessings to the company. The balloons are tied into the shape of clouds and stars, which means that they hope to "sail the blue sky and build dreams of stars". 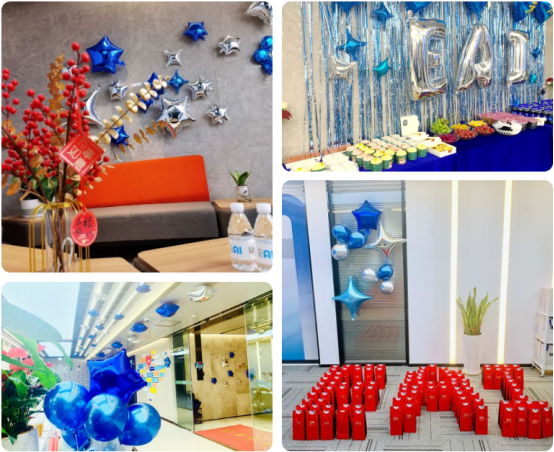 Sturdy grass withstands high winds; true gold stands the test of fire. In the future, EAI Technology will seize the historical opportunity of Shenzhen's "dual districts", based on the Greater Bay Area, facing the world, embracing change, innovating and enterprising. In addition, EAI takes consumer-grade smart sensors as a fulcrum, extends to more vertical segments such as business and industry, and creates a matrix of smart sensor products with more categories and applications. And high-frequency linkage with upstream and downstream partners of the industry chain to deeply empower the artificial intelligence industry ecosystem.